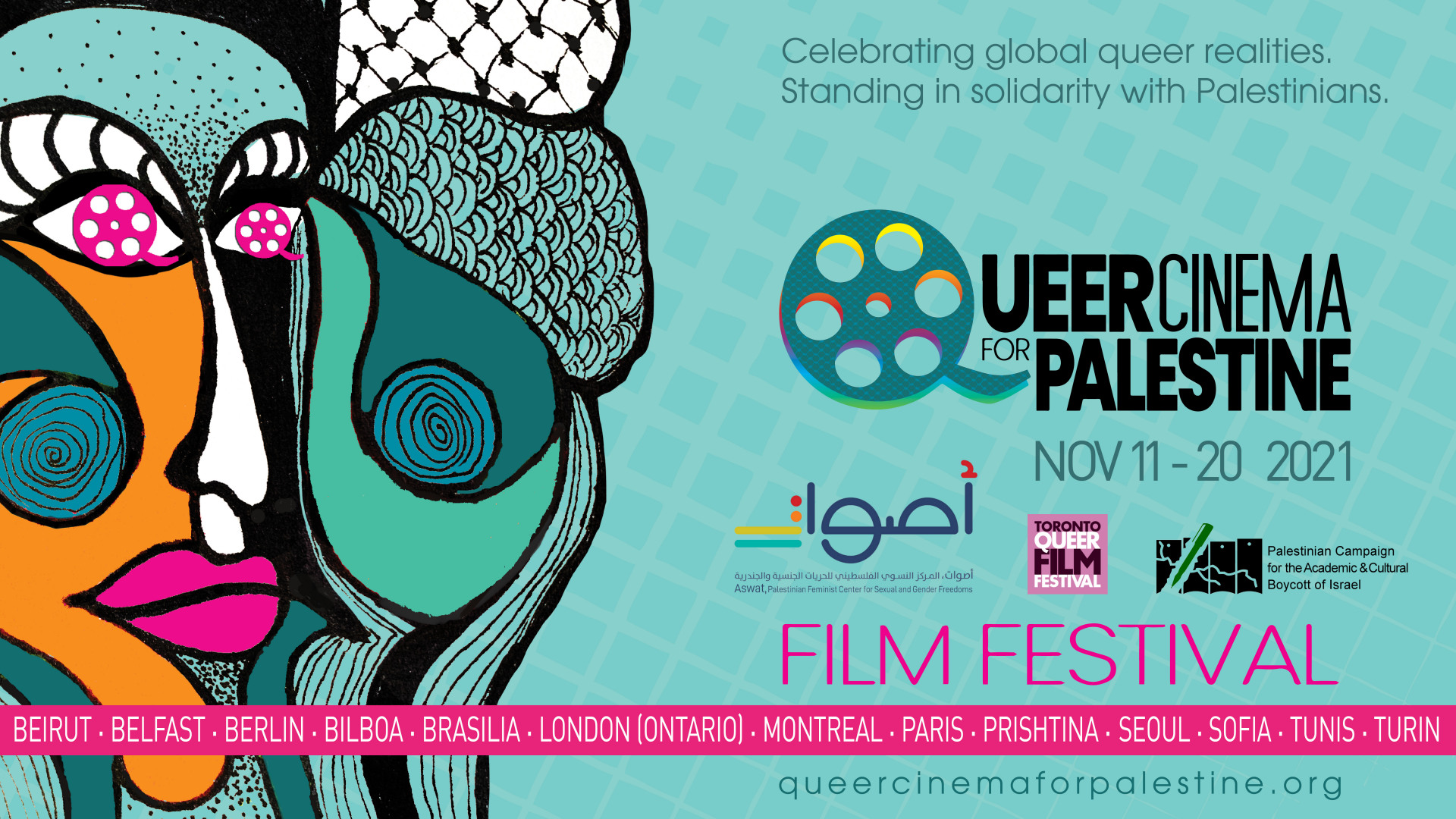 Queer Cinema for Palestine (QCP) will open its virtual and physical doors this November for a collectively-curated 10-day film festival celebrating global queer realities and standing in solidarity with Palestinians.

QCP will run from 11-20 November and host more than a dozen events across five continents, both online and in person. QCP is a first-time global queer solidarity initiative that offers a vibrant space using art and culture to oppose the ongoing violence of Israeli apartheid.

QCP coincides with TLVFest, the Israeli government-sponsored LGBT film festival. Palestinian queers have called for a boycott of TLVFest over its role in pinkwashing Israel’s regime of military occupation and apartheid oppressing all Palestinians.

QCP recognizes that fighting apartheid via principled acts of refusal and withdrawal is just part of the equation. QCP offers a space for artists to do what they do best: creating art for audiences and using art for social change.

An “Apartheid then and now” program will feature South African, Palestinian and international films and speakers on using cinema and new media to oppose apartheid and boycott as an activist tactic.

“As Palestinian queers we invite you to join us for Queer Cinema for Palestine, a feminist, anti-racist, anti-colonial festival that shouts YES to queer cinema and NO to Israeli Apartheid.”

The online program will be hosted on the Toronto Queer Film Festival’s state-of-the-art platform designed with accessibility in mind. Films will be available on demand for the duration of the festival.

QCP encourages local queer, Palestine solidarity and anti-racist groups around the world to organize watch parties during the festival.

The full QCP program will be announced in early November.

QCP came together in May 2021, as the world protested and unprecedented numbers of artists, sports celebrities and academics called for accountability following Israel’s bombardment of Palestinians in Gaza, forced expulsions in Sheikh Jarrah and Silwan in occupied Palestinian East Jerusalem, and violent repression and arrests of Palestinians demonstrating for their rights.